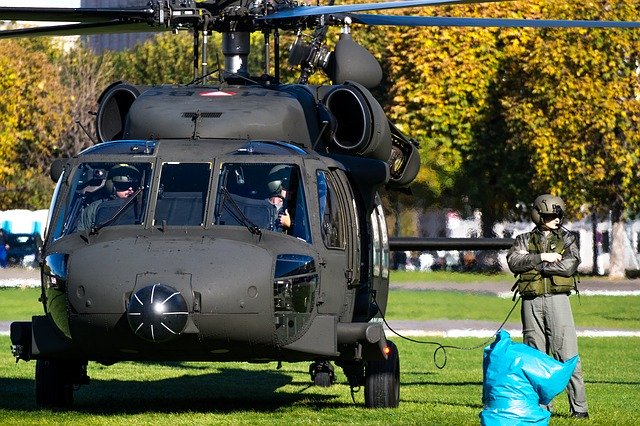 On our news page, we like to provide worthwhile information to our clients and site visitors on a wide range of topics, which can include company updates, industry insights, posts about aviation history, and more.

Since we regularly work with organizations and companies who utilize Black Hawks, writing about these helicopters is something we do often. With that in mind, we thought we would craft a post for those looking to learn more about these vehicles, so read on to discover key differences in some prominent models.

The History of the Black Hawk UH-60A

The first Black Hawk helicopter produced by Sikorsky was the Black Hawk UH-60A, which was initially approved for production in 1978 and released in 1979. The UH-60A was designed to replace the U.S. Army’s previous tactical transport helicopter, the Bell UH-1 Iroquois. The name “Black Hawk” was chosen in honor of Black Hawk, the warrior of the Sauk Native American tribe.

Originally delivered to the 101st and 82nd Airborne Divisions, the UH-60A went on to log over 9 million fleet hours, and served roles in military operations in Grenada, Panama, Iraq, Afghanistan, throughout the Middle East, and more.

These helicopters were produced until 1989, at which point they were supplanted by updated models. However, the U.S. Army has equipped some UH-60A models with more powerful engines to bring them up to the same standard as the later UH-60L models. These upgraded UH-60A models became known as UH-60A+.

Some of the key aspects of this model include:

The UH-60L debuted in 1989. While it had no alteration to the rotor system of the UH-60A, other components were updated. Some of the key aspects of this model include:

Some of the key aspects of the UH-60M model include:

One interesting aspect about the Black Hawk UH-60M is that a modified version of this helicopter was used in the mission by SEAL Team Six in the hunt for Osama Bin Laden. Based on the recovered portion of the destroyed helicopter, a number of features were seen, including:

The Future of the Black Hawk UH-60 Series

The next phase in the UH-60 series will be the adoption of the UH-60V model, which is being seen as an upgrade of the previous UH-60L model. Some of the features include:

We will certainly be following developments of this new model, so don’t be surprised to see a post from us on it in the future.

Need Aerospace Components? Reach Out to Us

When it comes to aerospace manufacturing, we have diverse capabilities, including supplying Black Hawk UH-60 Phase Maintenance Kits. Be sure to contact our team today about any of our services or to ask our experts questions. We’ll be happy to help.