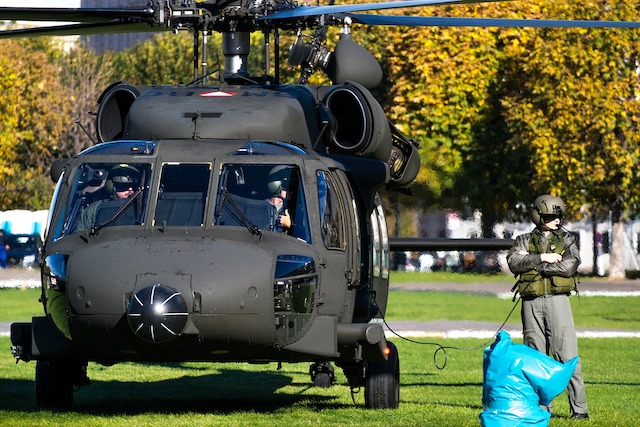 The UH-60 Black Hawk helicopter was developed by Sikorsky on a request from the Army for a simple and reliable utility helicopter system. After being named for the Native American war leader of the Sauk tribe in the Midwest, the UH-60 Black Hawk entered service in the 1970s. Over the years, this helicopter has been modified and upgraded to provide aid in a variety of situations, letting it take on diverse roles.

At Cutting Dynamics, we understand how critical of a role the UH-60 Black Hawk helicopter has played in missions. That’s why we continue to deliver high-performance products to help aid in the enhancements that are integrated into the Black Hawk fleet.

How the Black Hawk Has Transformed

With the Army dedicated to finding ways to improve the original Black Hawk design and take it beyond its already impressive capabilities, there have been multiple helicopter versions created, including:

Why Cutting Dynamics Is an Asset to Aerospace and Aviation

Modifications and improvements are necessary in helicopters as they provide better assistance and ensure longevity. Cutting Dynamics offers essential products and services to help pursue the goal of keeping your operations strong.

We are committed to supplying spare parts so that UH-60 Black Hawks can operate at their best, and we also provide phase maintenance kits to make everything as simple as possible for your crew.

Along with this, our team is proud to provide an array of additional services for any of your aerospace or aviation needs, including:

Are you interested in spare parts for the UH-60 Black Hawk or looking to learn more about the services we can provide? Contact our team today. We look forward to speaking with you.